DSG have supported exclusive Royal Polo days for over a decade now. Firstly, with the Beaufort Polo Club near Tetbury, where they put on the Festival of Polo each summer. In the past these have always been attended to by junior members of the Royal Family and their children.

DSG works very closely with the local police, Special Branch and Royalty Protection Teams to
maintain a security presence around the principles, as well as advising on such fluid operations, like prize giving, and the meet and greets at the end of these events, which always attract a big crowd.

DSG were responsible for the safety of the last two Harry Potter books when they were put on a
national hauliers’ vehicles and transported all over the UK, after having had security issues on the
last books distribution.
Providing support vehicles with a team of two in each vehicle – these trucks were monitored and
tracked until they were safely at the distribution centres of each of the major towns and cities who
would break the cargo down and deliver them to the point of sale i.e. the book shops and other
retailers. 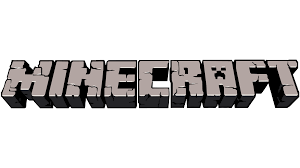 A launch of a new Minecraft game at the games expo in the Paris Convention Centre in 2018, saw DSG supply a
team of twenty experienced operatives to manage a bigger team of French Nationals, who were the main
security detail for the Minecraft event. The language of security is international, and even though
there was only one French speaker on the DSG team, they were able to deliver a service over and
above what the client was looking for, and as a consequence DSG was invited to look at further events
in Barcelona and London.